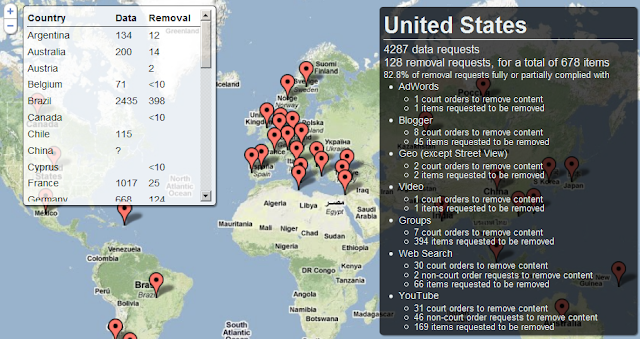 Google must be congratulated for providing this information - along with Herdict and Chilling Effects (which is also supported by Google) the information provided will be invaluable in tracking attempts to control the flow of information on the net. However, as Lilian Edwards and Christopher Soghoian have pointed out this is still only a start - greater detail as to the types of content being targeted and the legal basis for requests is necessary to make sense of the raw numbers. Perhaps in the next revision?
Posted by TJ McIntyre at Tuesday, September 21, 2010